After centuries of colonial domination and a twentieth century riddled with dictatorships, indigenous peoples in Bolivia embarked upon a social and political struggle that would change the country forever. As part of that project activists took control of their own history, starting in the 1960s by reaching back to oral traditions and then forward to new forms of print and broadcast media. This book tells the fascinating story of how indigenous Bolivians  recovered  and popularized  histories of past rebellions, political models, and leaders, using them to build movements for rights, land, autonomy, and political power. Drawing from rich archival sources and the author’s lively interviews with indigenous leaders and activist-historians, The Five Hundred Year Rebellion describes how movements tapped into centuries-old veins of oral history and memory to produce manifestos, booklets, and radio programs on histories of resistance, wielding them as tools to expand their struggles and radically transform society.

"The book’s strength and therefore its main contribution is the focus on the decolonizing stories and the indigenous actors that have radically reshaped Bolivian historical narratives in pursuit of their political objectives. Pulling the different case studies—the Kataristas, the CSUTCB, the THOA, and the ayllu movement—into a single compelling narrative complemented by the voices of the movement’s participants captured in oral histories is what differentiates the book from its scholarly counterparts. Dangl presents the reader with a clear and highly readable book detailing the many ways in which Bolivia’s indigenous peoples are reclaiming their histories and using them for political purposes. For this reason, this book should have a wide audience; it is a great resource for students of all backgrounds as well as experts in a variety of scholarly fields."
—Latin American Perspectives

"There can be no doubting the significance of the social history Dangl narrates. His objective is to make this fascinating history accessible to an anglophone audience. This, combined with a clear and jargon‐free writing style, should allow the book to reach a wide readership, including non‐specialists interested in Latin American social movements. ... This book is a reminder that indigenous peoples in Bolivia have been resisting colonial domination for more than 500 years, and that these memories of struggle remain a potent force for transforming and decolonising the present."
—Bulletin of Latin American Research

"As a journalist, researcher, and activist, Dangl utilizes a blend of historical memory and ethnography to understand how Bolivia revealed itself as one of the most innovative places of decolonization in all of Latin America. After fifteen years of research and interviewing, Dangl takes the reader back and forth from the past to the present in his masterful, succinct work to understand how indigenous people claimed their unforgotten history to retake power after centuries of oppression. ...Dangl’s work is readable, accessible, and genuinely important scholarship for the Andean region."
—H-Net

"Ben Dangl has produced a lively and important work which will fascinate those interested in Latin American social movements and indigenous histories of decolonisation."
—Olivia Arigho Stile, Alborada

"Ethnographic history at its very best! Historian, writer, and activist, Ben Dangl offers a sweeping historical narrative that explores, in fascinating detail and crystalline prose, how Bolivia’s resurgent Indian movements bundled history, myth, and memory into powerful narratives, testimonios, pedagogies, and performances of native resistance and decolonization -- laying the cultural groundwork for Aymara-Quechua coalitions to arise and challenge Bolivia’s neocolonial political culture and repressive political regimes during the late twentieth century. Cliché though it is, this is a 'must-read' book for all scholars and students looking for a clear road map through the thickets of critical theory and political history towards a clear understanding of the cultural origins and epistemic complexities of ethnic politics and consciousness in the Bolivian Andes."
—Brooke Larson, author of Trials of Nation Making: Liberalism, Race, and Ethnicity in the Andes, 1810–1910

“Memory as a vision of the future, language as a tool of resistance, oral history as a form of struggle: Dangl gives us a brilliant, in-depth narrative of centuries of resistance grounded in culture. This is a story we should all know and learn from.”
—Alessandro Portelli, author of They Say in Harlan County: An Oral History

"The ideas of national liberation and communal society have taken root. Benjamin Dangl’s book tells how that came about; it will be a valuable resource in understanding what is to come."
—Peter Lackowski, Toward Freedom

"This is a very well-written book that I would definitely assign to my students. It deftly situates a reader unfamiliar with Bolivia within the context of the complex struggles of contemporary politics."
—Carmen Soliz, The Hispanic American Historical Review


Benjamin Dangl has a PhD in Latin American history from McGill University and has worked as a journalist throughout Latin America for over fifteen years, covering politics and protest movements for outlets such as The Guardian, Al Jazeera, The Nation, Salon, Vice, and NACLA Report on the Americas. He is the author of The Price of Fire: Resource Wars and Social Movements in Bolivia and Dancing with Dynamite: Social Movements and States in Latin America, both published by AK Press. Dangl edits TowardFreedom.org, a progressive perspective on world events, and teaches at Champlain College. 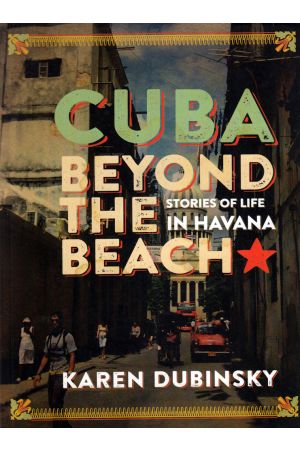