Preorder your copy, and we'll donate a copy to someone in prison! 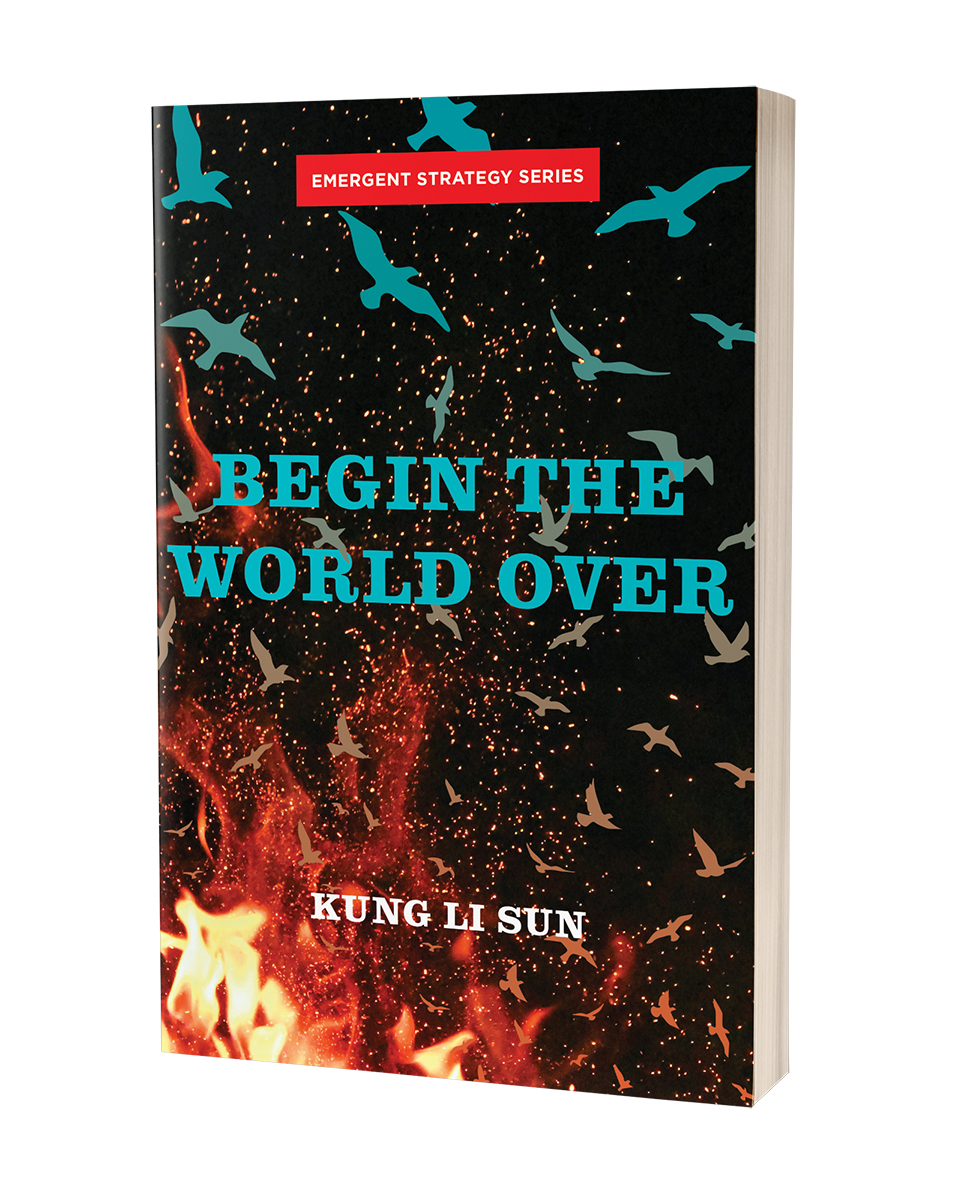 It's time to get excited. The next book in the Emergent Strategy Series—Begin the World Over by Kung Li Sun—is coming this August.

And that's not all. Check this out: when you preorder your copy, you'll also be sharing a free copy with someone in prison!

For every copy preordered from AK Press or any independent bookstore (support your favorite local indie, please!), AK Press will donate a copy to a prison book organization, to be sent to an incarcerated reader. There are so many amazing prison book groups we love and support, and our goal is to get as many copies to as many of them as possible. Will you help us make it happen?

ALL preorders directly from AK Press will be automatically included and books will be donated with no further action on your part. If you preorder your copy from an independent bookstore, please send us your order information and receipt HERE so we can be sure to count your order too!

Preorder your copy now from AK Press, or find an independent bookstore near you!

Begin the World Over is a counterfactual novel about the Founders’ greatest fear—that Black and Indigenous people might join forces to undo the newly formed United States of America—coming true.