The New War on Terrorism Fact and Fiction

"We certainly want to reduce the level of terror...There is one easy way to do that...stop participating in it." —Noam Chomsky, from the CD
What is terrorism? And how can we reduce the likelihood of such crimes, whether they are against us or against someone else? With his vintage flair, penetrating analysis, and ironic wit, Chomsky, in perhaps his most anticipated lecture ever—delivered a month after 9/11, and his first public statement—makes sense of a world apparently gone mad.
"The last time that the national territory of the United States was under attack, or for that matter, even threatened, was when the British burned down Washington in 1814. It was common to bring up Pearl Harbor but that's not a good analogy. The Japanese bombed military bases in two US colonies, not the national territory; colonies which had been taken from their inhabitants in not a very pretty way...During these close to 200 years, we, the United States expelled or mostly exterminated the indigenous population, that's many millions of people, conquered half of Mexico, carried out depredations all over the region, Caribbean and Central America, sometimes beyond, conquered Hawaii and the Philippines, killing several hundred thousand Filipinos in the process. Since the Second World War, it has extended its reach around the world in ways I don't need to describe. But it was always killing someone else. It was others who were getting slaughtered. Not here."—Noam Chomsky, from the CD
"Among the general public, I think there is much more openness and willingness to think about things that were under the rug and so on. These are opportunities and they should be used, at least by people who accept the goal of trying to reduce the level of violence and terror, including potential threats that are extremely severe and could make even September 11th pale into insignificance." —Noam Chomsky, from the CD 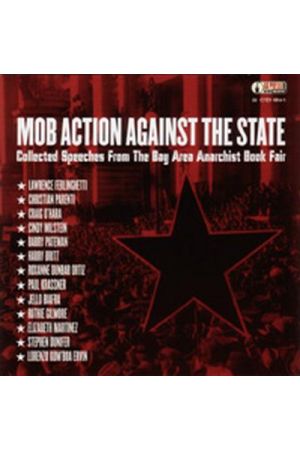