Noam Chomsky has written over 30 books, he is the most-quoted author on earth, the New York Times calls him "arguably the most important intellectual alive" — yet most people have no idea who he is or what he's about.

Chomsky For Beginners tells you what he's about: Chomsky is known for his work in two distinct areas — Linguistics and... "gadflying." ("Gadfly," the word applied to Socrates. comes closest to the constant social irritant that Chomsky has become.) It is Chomsky's work as Political Gadfly and Media Critic that has given passion and hope to the general public — and alienated the Major Media — which, of course, is why you don't know more about him.

Chomsky's message is very simple: Huge corporations run our country, the world, both political parties, and Major Media. (You suspected it; Chomsky proves it.) If enough people open their minds to what he has to say, the whole gingerbread fantasy we've been fed about America might vanish like the Emperor's clothes...and America might turn into a real Democracy.

What's so special about Chomsky For Beginners? The few existing intros to Chomsky cover either Chomsky-the-Linguist of Chomsky-the-Political-Gadfly. Chomsky For Beginners covers both — plus an exclusive interview with the maverick genius. The clarity of David Cogswell's text and the wit of Paul Gordon's illustrations make Chomsky as easy to understand as the genius next door. Words and art combine to clarify (but not oversimplify) the work and to "humorize" the man who may very well be what one savvy interviewer called him — "the smartest man on earth." 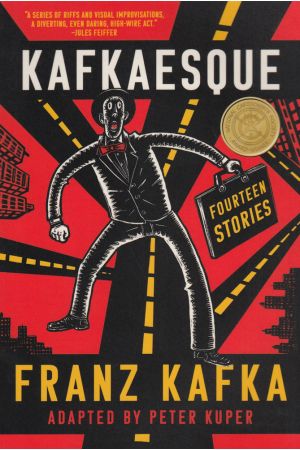